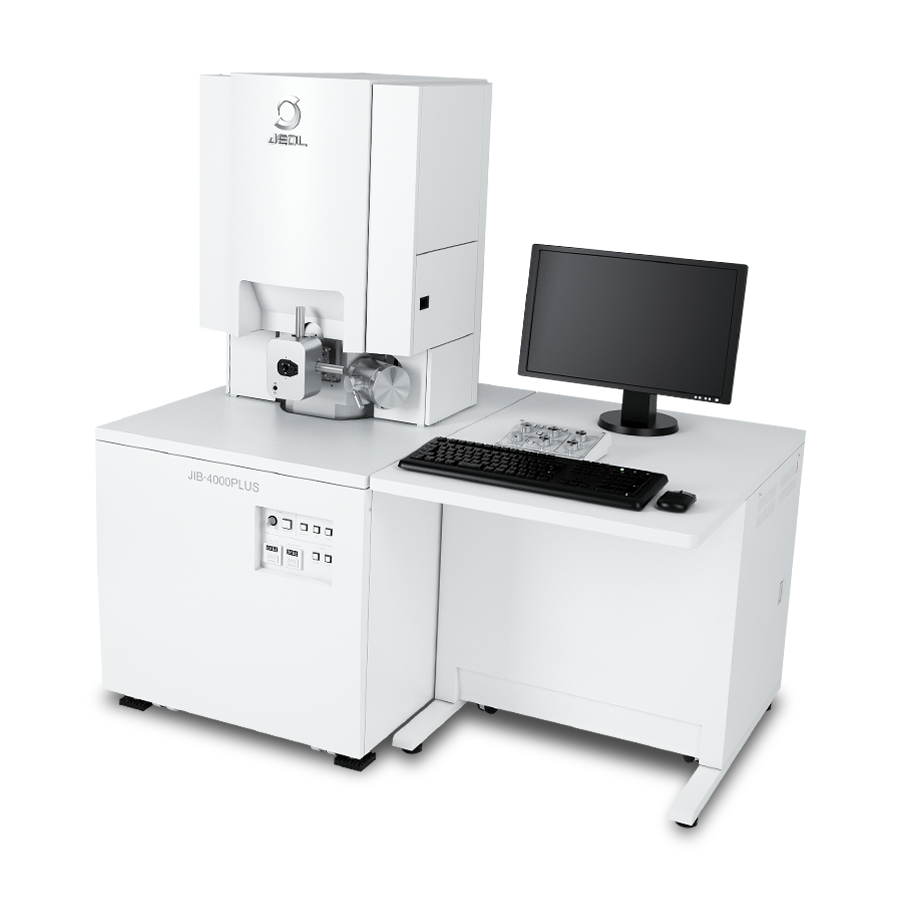 The JIB-4000PLUS is a focused ion beam milling & imaging system (single-beam FIB system) featuring a high-performance ion optical column. The accelerated Ga (gallium) ion beam is focused onto a specimen to enable SIM image observation of the specimen surface, milling, and deposition of materials like carbon or tungsten. The system also enables preparation of a thin-film specimen for TEM imaging and a cross-section specimen for observing the interior of the specimen.
In addition, the JIB-4000PLUS can be equipped with a 3D observation function and an automatic TEM specimen preparation function; thus the system meets a variety of needs for specimen preparations.

Fig.1 Preparation and observation of a cross-section specimen of a solder bump (100 μm diameter).

The JIB-4000PLUS offers excellent operability of a High-Power FIB column. The design concept of the system is user-friendliness, with the external appearance as well as the GUI designed for simple operation of the system even for novice users. The compactness of the system, smallest class in the industry, achieves a small footprint for a wider range of selections for the installation site.

The JIB-4000PLUS accommodates a variety of attachments available to support the operations of the system, including the CAD navigation system useful for circuit modifications, and the vector scan system effective to mill a specimen with characteristic shapes. By adding the appropriate attachments to the JIB-4000PLUS, the system can support applications beyond specimen preparation. 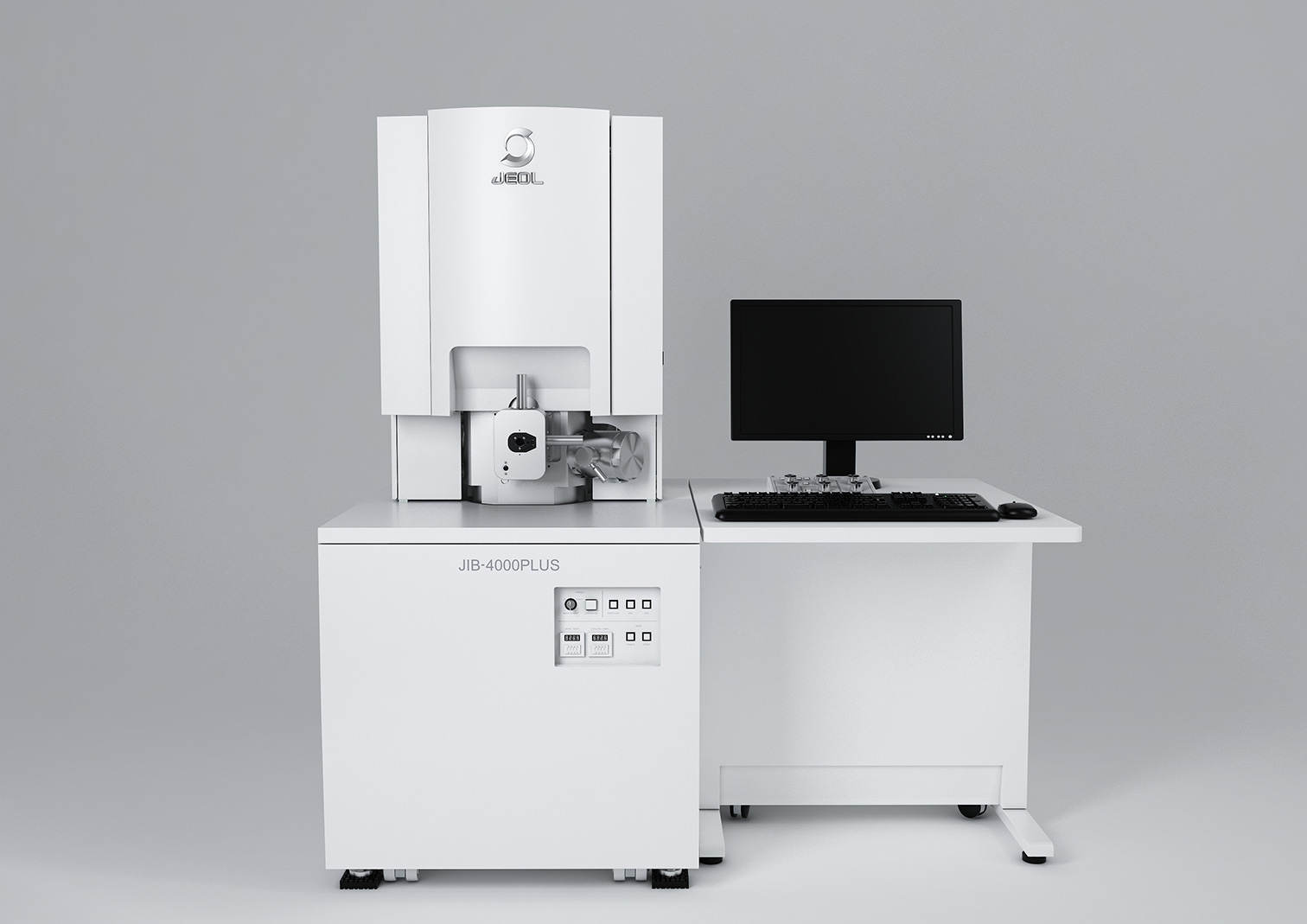 Automatic TEM Specimen Preparation System STEMPLING is software for automatic TEM specimen preparation by using FIB. This system was developed to satisfy the needs for specimen preparation using FIB, such as easy operation that is possible to anyone, and for the technology enabling creation of a large number of specimens. Owing to STEMPLING, high expert skills are not needed for specimen preparation, enabling anyone to easily prepare specimens. Also, since the system allows for unattended preparation of multiple specimens, work efficiency can be optimized via overnight operation to create a large number of specimens.
STEMPLING can be used with the Multi Beam System JIB-4700F and the Focused Ion Beam Milling & Imaging System JIB-4000PLUS.