The sample was prepared by mixing the following reagents. 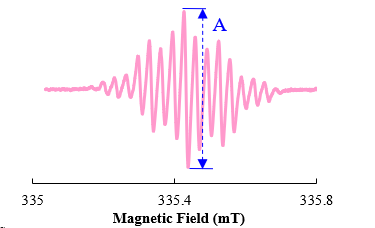 ◆The generation of radicals can be observed in a shorter time by increasing concentration of the supporting electrolyte.

◆By using appropriate concentration of the supporting electrolyte near the lower limit voltage of electrolysis, electrolytic reaction proceeds slowly.

Please see the PDF file for the additional information.
Another window opens when you click.