The plasma source are incorporated into a vacuum chamber and generate high-density plasma. The plasma source can be used as Plasma Assisted Deposition (Ion Plating) and it is possible to improve film properties for optical thin films, protective films and function films. And can also be used for plasma treatment such as cleaning and surface modification.

Low-voltage and large-current plasma enables to ionize and excite gas molecule and evaporated particles.
Reactive deposition is possible, especially suitable for a film oxidation promotion.
High-density plasma can be generated in a mass space, thus high-rate deposition to a large area is possible.
Retrofit to an existing vacuum chamber is possible. 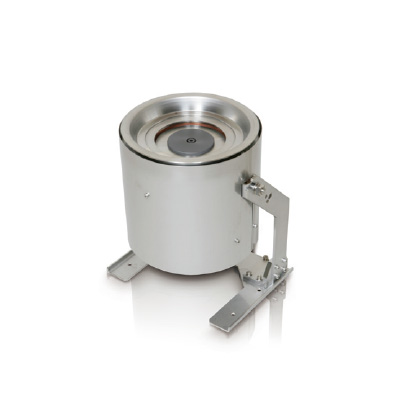 This plasma source is specialized for low-temperature process, for example for a plastic substrate/film. Film quality of vacuum deposited film can be improved by plasma assisted deposition with lowering temperature increase of a substrate. And can also be used for plasma treatment such as cleaning and surface modification.